Yesterday marked the start of the Reading Rush, previously known as the BookTubeAThon. Probably, most of you have heard of it. But for you who do not know what The Reading Rush is, Reading Rush is a weeklong readathon that happens every year. It is hosted by BookTubers Ariel Bissett and Raeleen Lemay whose goal is to help bring people together on BookTube. This readathon is not only your typical readathon but it also features different challenges, different activities such as those in the Twitter sprints, and international giveaways. So head into The Reading Rush in its website and click here so we can be friends in there! You could also check its Youtube channel to find more about it!

For this readathon, the challenge is to read seven books that fits seven other prompts and another seven books chosen by the reader.

Read a book with purple on the cover. What I’m happy about this prompt is that you could read any book as long it has a purple on the cover. It doesn’t matter if there’s just a tinge of purple on the cover or it’ a full blown purple cover. Anything with purple is okay. For this prompt, I’m going to read Geekerella by Ashley Poston. It is a book that has been sitting on my shelf for so long now and maybe it’s time to pick it up. In addition, I’ve heard and seen good reviews of the book, along with its sequel. I have no idea about this book except for the fact that she’s like Cinderella but a geek? Is she a girl gamer? Is she a comic book girl? Anime girl? I don’t really know. But I’m still picking it up.

Read a book in the same spot the entire time.  For this prompt, I’m going to read Hungry Hearts by Elise Chapman and Caroline Tung Richmond. This book is about love and food at the same time. And what place could be better when reading a book about food? Obviously, in the kitchen. It offers the comfort of my own house so if I became hungry due to the book, food is at my beck and call. However, the kitchen counter is not really my go-to reading space but I’m giving it a try. Since I really don’t know if I’m going to like reading a book in the kitchen, I just chose an anthology book so if I don’t like the place, I could immediately leave after I read 2 to 3 short stories.

Read a book you meant to read last year. I guess there’s no explanation needed for this one since it’s fairly simple. I like this prompt because I get to cross out one book in my very long TBR list. And that book that I’m planning to cross out is none other than Scorpio Races by Maggie Stiefvater. Like Geekerella, I also have no clue about this book. Wait. I think I know two or three things about this. One is that the girl/guy rides a horse. Thank the cover of the book for that. Two is that one boy in this book is really handsome. My friend fangirls over that guy. We shall see. Third is that it’s going to be awesome just because Maggie Stiefvater wrote it.

Read an author’s first book. Same with the previous prompt, this is a no explanation prompt. For this, I’m planning to read Bright Burning Stars by A.K. Small. This book is fairly new. I think it came out just last May and since then, I’m really excited to read this book. It’s a book that showcases ballet and its highly competitive setting. I really want to get into this immediately because I love the Black Swan movie and I liked Tiny Pretty Things as well as its sequel. Don’t get me started on the similar book of Una Le March,

Read a book with a non-human main character. One book that was recently released and is currently getting a large amount of interest is Wicked Fox by Kat Cho. It is a book that revolves around a young gumiho, a nine-tail fox, and a human boy. I’m fairly stoked about this book because I haven’t read a YA book about a gumiho. Sure, I’ve watched animes with nine-tail fox (See: Naruto and ) but in a YA book? Sign me up, honey! And it’s set in Seoul???? Um, I’m getting the book, now. As an Asian, I’m happy that there are books like this.

Read a book that has five or more words in the title.  Another book that is sitting in my shelf for so long is The Other Side of Lost by Jess Kirby. This book is about a girl who is Internet famous and one day, she posted a video that she is not what others think she is. She got critiques bashing on her and with that she decided to go to a hike. That’s pretty much what I only know about this book. So far, I think this is book where I can relate to the most  (out of all the books in this list) because that was just me before. Ok, I was not internet famous but yeah. What I mean is there was a time back then that I was super jealous of some people because they can go travel into those picturesque places wearing pretty clothes while I was stuck at home, studying or working. It’s just been recently that I’ve learned to appreciate and just be contented to what I have now. At least, I’m kind of okay.

Read and watch a book to movie adaptation. Recently, I’ve watched the move adaptation of The Hate U Give by Angie Thomas and it would be a lie if I say that I don’t like the movie and the plot. Watching the movie made me want to read the book so much. I know I should’ve read it way way back before there was a movie. A lot of my friends tell me it really is a good book, plot-wise and character-wise. In addition to that, it’s a diverse read and it talks about racial discrimination, specifically on black people who face continuous discrimination in United States. I feel like this is a topic that should be more talked about since it really happens in real life and it needs to stop because no good comes out of it. Since I really liked the movie, I really hope that I’m going to like the book. 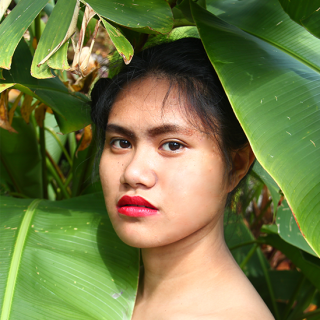